Join us in our inclusive church. Everyone is welcome.

Listen to our Services 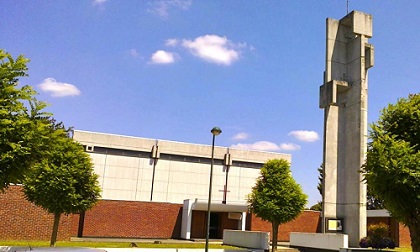 Due to the presence of the coronavirus Covid-19, the worship in Auderghem has been suspended and replaced with the audio recordings.

Sunday, 24th: Seventh Sunday of Easter. A video recording of the service will be available in the Sermons section of our website and on our Facebook page.

Church Fellowship using Zoom will be held at noon on Sunday. Please contact us for information and the password.

Please join us for Online Bible Study using Zoom at 20:30 on Wednesday, 27 May. Please contact us for information and the password.

Our response to the Coronavirus situation.

Dear Brothers and Sisters in Christ,

Church Council together with Pastor David McCarthy are carefully observing the situation related to the coronavirus in Belgium. We are in contact with authorities, EPUB (Église Protestante Unie de Belgique) and we still apply measures necessary to minimize the risk to our congregation members.

We had to temporarily suspend our Sunday morning worship service in Auderghem. Instead, we offer you a video recording of the service – this week’s Sunday worship is available at Sermons page or in vimeo.  Now you can watch and listen to it together with your loved ones!

We also work hard to keep our congregation together. Every Sunday at 12 we meet for our usual “Fellowship time” – this time in Zoom. And on Wednesday we participate in (also virtual) Bible study. Please, keep in touch with us.

We stay in prayer for those who are already affected by the virus, especially those in serious condition, and for medical staff, working in difficult circumstances, and we encourage you to pray with us.

[Member of the IPC Council]

Mission of the Month – “Lina’s Project” 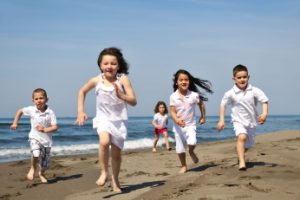 Mission of the Month – May

Congregation member Nancy’s daughter, Lina, passed away suddenly, 4 years ago at the age of 30. Shortly after, the CEO of her company came from London and suggested that we do something positive in her memory. The goal was to celebrate her life, and what better way, than to try to bring joy and happiness to others.

With the help of her company, we decided to sponsor summer activities for under-privileged children here in Brussels. Our long-term partner Nativitas, was invited to help put the plan in action. Originally intended as a one-time event, it was so successful that Nativitas agreed to be an on-going partner.  This is now the second year that IPC has adopted it as a Mission Project.

This month we want to support this effort.

The children come from many different countries of origin:  Algeria, Morocco, as well as other African countries, also the Eastern Bloc, and of course Belgium. We try to make it as multi-cultural as possible. Without financial help, none of these children would be able to participate in any of these activities. They would be spending the summer at home, often in a very small living space, with little to do.